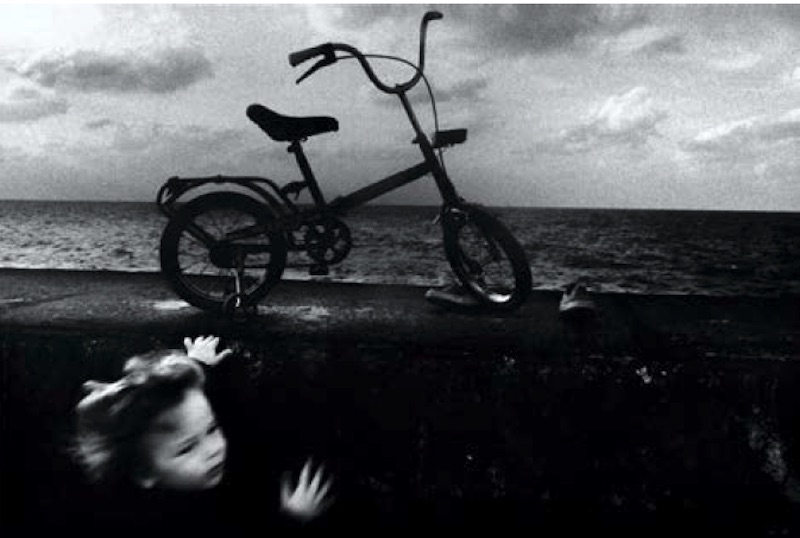 Curated by Rafael Acosta de Arriba, the exhibition begins by taking a chronological approach, with images by pioneering photographers such as José Gómez de la Carrera, who documented the Cuban War of Independence, which began in 1895.

The exhibition then traces the flourishing experimentation that took place during the era of the Cuban Republic (1902–1959), particularly with the founding of the Club Fotográfico de Cuba (Cuban Photography Club) in 1935.

Photographers in this section include Felipe Atoy, Roberto Rodríguez Decal, and José Manuel Acosta—“probably our first surrealist photographer,” as Acosta de Arriba describes him in his catalogue essay.

“They left a legacy in which pictorialism, academic elements (still lifes, portraits and landscapes) as well as avant-garde elements (very close to the aesthetics of the second artistic vanguardia) characterized their imagination,” Acosta de Arriba wrote. “With them began the first abstract experiments in our photography. They filled two-thirds of the 20th century until, in 1962, the revolution did not stimulate that type of association anymore, and they disappeared.”

The section that follows includes classic images of the Revolution by photographers like Korda, Liborio Noval, and Enrique de la Uz. “Never before had the relationship between history and policy been that close,” Acosta de Arriba wrote. “Then, everything changed, even visuality.”

Although the section on the Revolution is titled “Los sesenta, la épica y los setenta” (The 1960s, the Epic, and the 1970s), it includes images dating from the 1940s—such as Julio López Berestein’s study of ballerina Alicia Alonso—into the 2000s.

As the 1960s yielded to the 1970s, images by Grandal, Gory, and other photographers reflected a more considered approach to heroes, society, and daily life. A section on “El cambio y el arribo de lo posmoderno” (Change and the Arrival of Post-Modernity) brings younger photographers into play, including Alfredo Sarabia Domínguez, Marta María Pérez, and René Peña.

“Cuban photography in the last decades has been one of the manifestations of visual art with significant presence in the international scene (with considerable commercial impact), in constant mutation,” Acosta de Arriba wrote. “Its development has been uninterrupted, from the arrival of the first daguerrotype equipment in Cuba back in 1840. Since the aesthetic and ideological rupture of the 1990s, it has entered the market and taken on the most up-to-date codes of international art.”