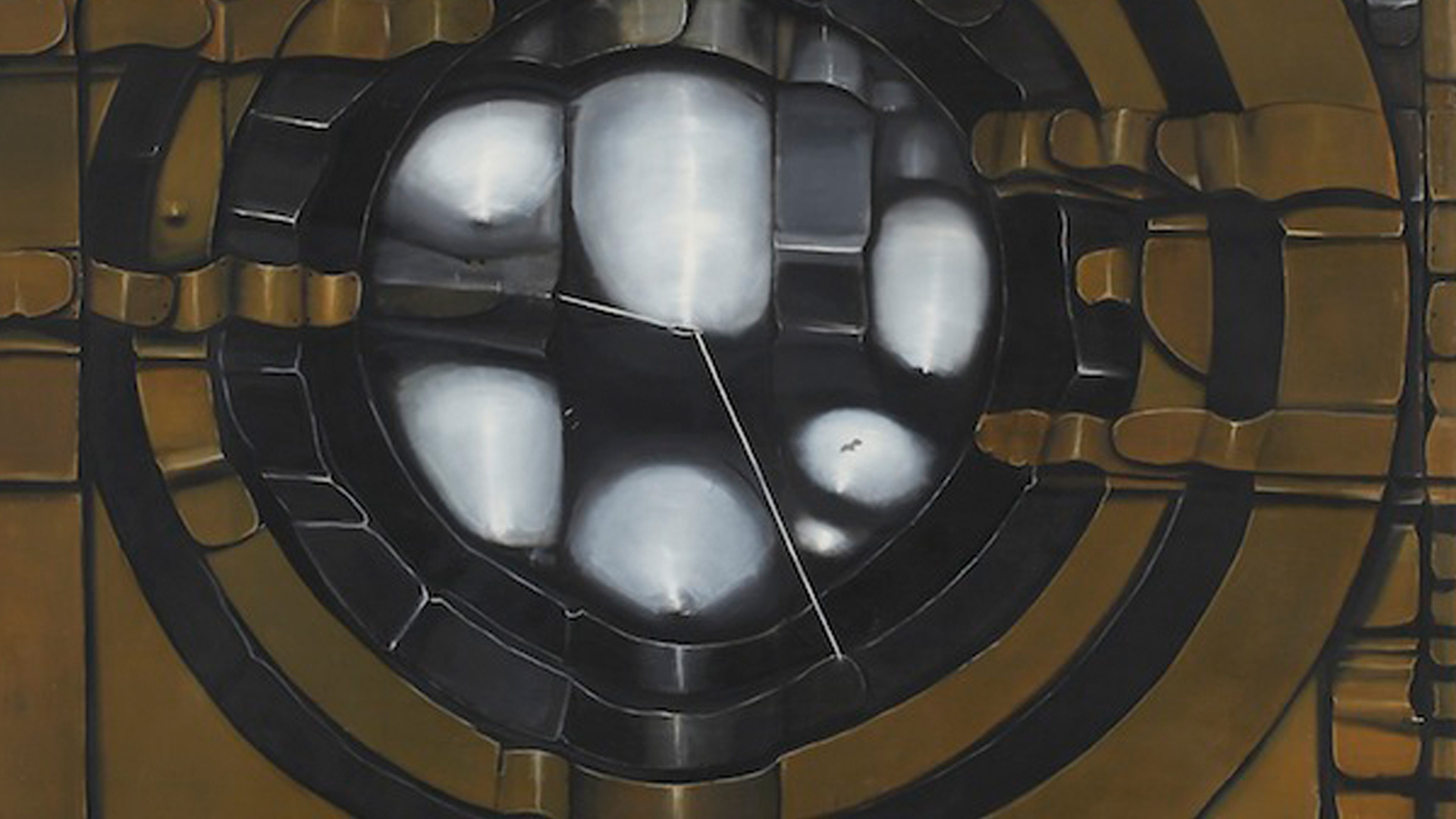 Late last month, Agustín Fernández: Ultimate Surrealist opened at the Katzen Arts Center of American University in Washington, DC. Organized by the Agustín Fernández Foundation and curated by noted art historian Donald Kuspit, the exhibition runs through March 16. On display are 50 works by the artist, with a focus on paintings and drawings he created over a 40-year period from the 1960s until 2000.

Here’s a sampling of works in the exhibition as well as of the opening night, with remarks from the curator’s introduction.

As curator Donald Kuspit wrote: “Agustín Fernández was born in Havana, Cuba on April 16, 1928 and died on June 2, 2006 in New York City, where he spent the last 34 years of his life.  Prior to moving to New York, he also lived in San Juan, Puerto Rico (1968 1972) and in Paris, France (1959-1968). Throughout his long and prolific years as an artist Fernandez distinguished himself with a unique style and masterful technique.”

“Every exhibition is an argument,” Kuspit wrote in his introductory text, “and the argument of this exhibition is that Agustín Fernández is the ‘ultimate surrealist.’”

Above, an example of what Kuspit has termed Fernández’s “climactically bizarre treatment of the female body.”

“To use André Breton’s words,” Kuspit wrote, “his works have a more ‘immediate sense of absurdity’ than other surrealistic works, particularly if absurdity is understood to signal unresolved conflict between conscious perception and unconscious fantasy.”

“The various media that he worked in are related and complementary,” wrote Kuspit, “and further complicate the identification of organic versus inorganic forms; human and machine; real and imagined; obsessive and cerebral.”

“He kept Surrealism alive beyond its pre-war heyday by revealing the secret identity of Surreal Woman,” wrote Kuspit, “with a perversity and ambivalence even more emotionally telling than in earlier Surrealism.”

“Fernández was not simply influenced by Surrealism,” concluded Kuspit, “but conveyed its essence in a way no other Surrealist has done.”