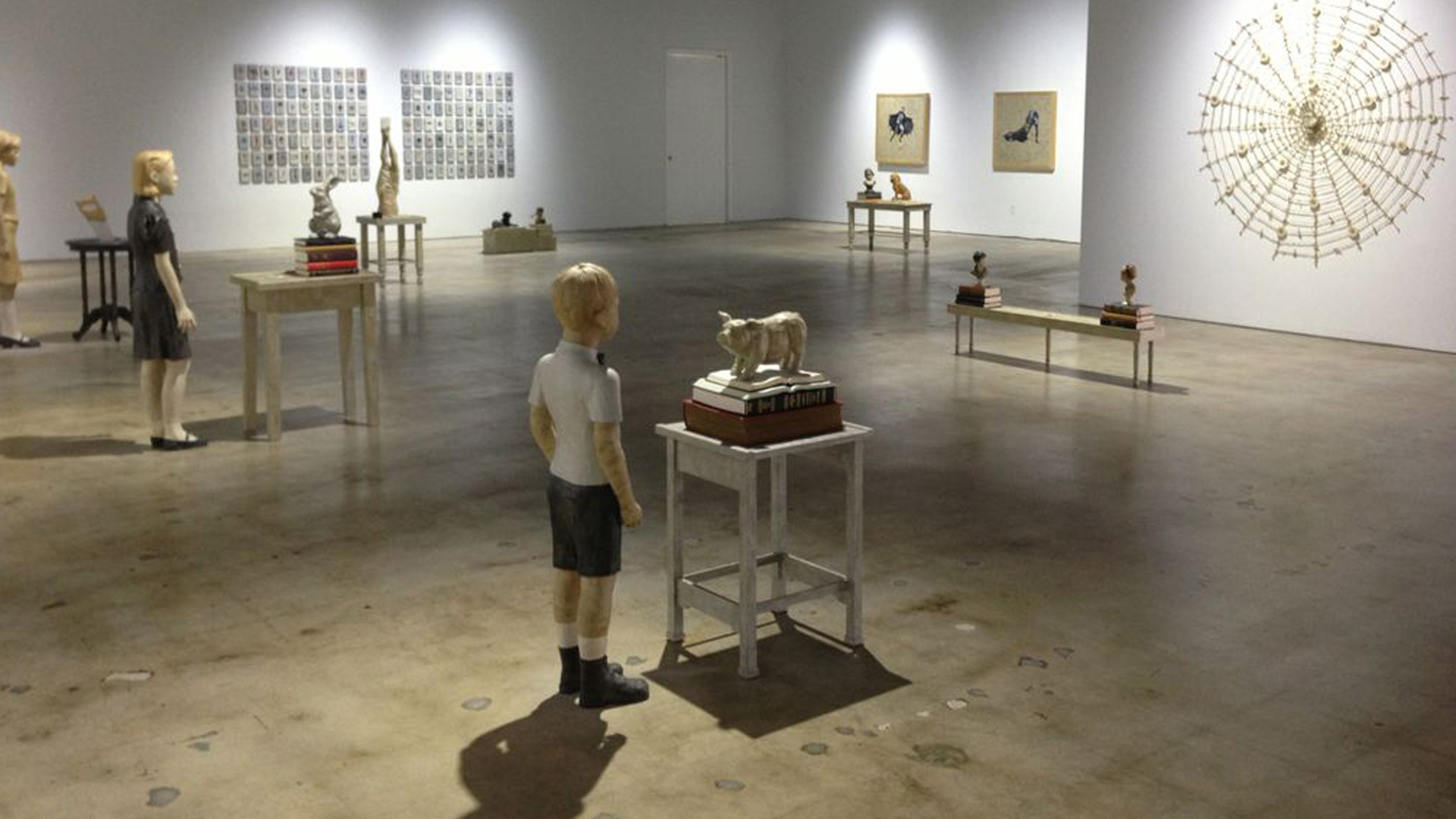 After 35 years of a steadily productive career, Ruben Torres Llorca (b. Havana 1957) still has fun creating and pulling the public into an active dialogue. One of us can be wrong and other essays, his latest exhibition at Juan Ruiz Gallery in Miami (which has been extended until February 20), is evidence of Torres Llorca’s ability to invest in the adventure of art making, and keep up a vibrant, ongoing conversation.

“My fundamental influences are coming from film and literature. The only reason I choose to be a visual artist is the independence that it carries. Of the art forms, it is the one least in need of an outside producer, and I have a pathological inclination for naughtiness,” says Torres Llorca. “Through the years I haven’t cared what type of classification my art is subject to, whether it’s considered art, post-art, literature, or a simple commentary. I do not care what type of resources it uses, the provenance, or how bastardized it could be if I can use it. The essence for me is to establish a public dialogue.”

The exhibition in Miami is composed of 18 very strong visual essays, which Torres Llorca invites viewers to discuss and negotiate among themselves, and possibly to take sides. At same time, he is able to keep alive the tension between social ritual and contemporary aesthetics while using “traditional” art forms: painting, sculpture, and collage. As a whole, the results challenge any type of classification.

“Visual art that has an iconographic character bores me,” Torres Llorca continues. “After all, my principal reward as an artist is having fun while maintaining a strong point of view. However, we all have to work within the limitations of our own talent. One of mine is to be a good craftsman, which is a very dangerous limitation, in the sense that you could fall in love with the execution per se. In spite of this, I myself subscribe to William Faulkner’s recommendation: you must kill all your darlings. I enjoy creating an artwork that defies its visual character and somehow self-destructs, that allows me to come close to the dramaturgical dynamic of film. My artworks have a very attractive appearance that is viscerally negated by the irony of the literal subject who inhabits it. It’s like a fairy tale without a message or a happy ending—which is important for me, because I have the same irreverence toward giving life advice as I do to receiving it.”

In the exhibition, Torres Llorca broadens the scope of his statement from personal matters to social and global issues—themes that always have been part of his argument. The show has the feel of a mid-career retrospective, even though all the artworks were produced in 2012.

A strong autobiographical piece is Untitled, a life-sized sculpture of a child facing a stool stacked with books, over which stands a pig. The books bring into the conversation world events as reflected in Life magazine during 1957 (the artist’s birth year), the self-definition of insanity, and Hard Times by Charles Dickens, in which the author examines living conditions of social classes in Victorian England.

In the same vein is Hansel and Gretel are lost, with two Victorian-style busts, one male, one female, opposing one another over a long, low raised table, each placed over a pile of books referring to gender issues. The piece from which the exhibition takes its name, One of us can be wrong, depicts a life-sized sculpture of a teenager—possibly Lewis Carroll’s Alice, a recurring character throughout Torres Lorca’s body of work. Alice faces a rabbit standing over books that raise issues of female adulthood. Both works comment on contemporary married life and differences of interests between men and women.

Meanwhile, in The Mirror Mistake, Torres Llorca uses the Romantic classic representation of the motherland on a pedestal. On her forehead is a stamp of a soldier in full war fatigue, while a robust rhinoceros positioned over a book of war material lunges the back of the pedestal base, which reflects his own image in a small mirror. Perhaps this is a proposal for re-reading the needs and consequences of wars in which the United States has been involved in recent years. In this work, the artist’s perspective could be understood as a reflection of his self-confidence and embrace of a new country, an increased feeling of belonging that has come to outweigh the sense of exile.

“I have been working in this country, my children have been born and raised here, I learned a second language, and I have been kicked in the ass several times,” Torres Llorca says. “In my case, it took time to build that belonging feeling; a process less traumatic due to the fact that this is an immigrants’ nation… It is a process in which you add—in which you still are who you are, and naturally grow up to be something else. It is a process in which the immigrant has an advantage, because he is forced to get to know the essence of a new culture.”

One of us can be wrong and other essays is, without question, an exhibition that opens new avenues in Torres Llorca’s artistic practice. He is an artist who values his success in spite of the consistent, non-market-pleasing intellectual paths in which he has taken his art. His idea of success opposes a money-centric mentality and does not have much to do with market value, instead focusing on personal self-realization and intellectual fulfillment.

Rubén Torres Llorca’s One of us can be wrong and other essays runs through February 20 at Juan Ruiz Gallery in Miami.