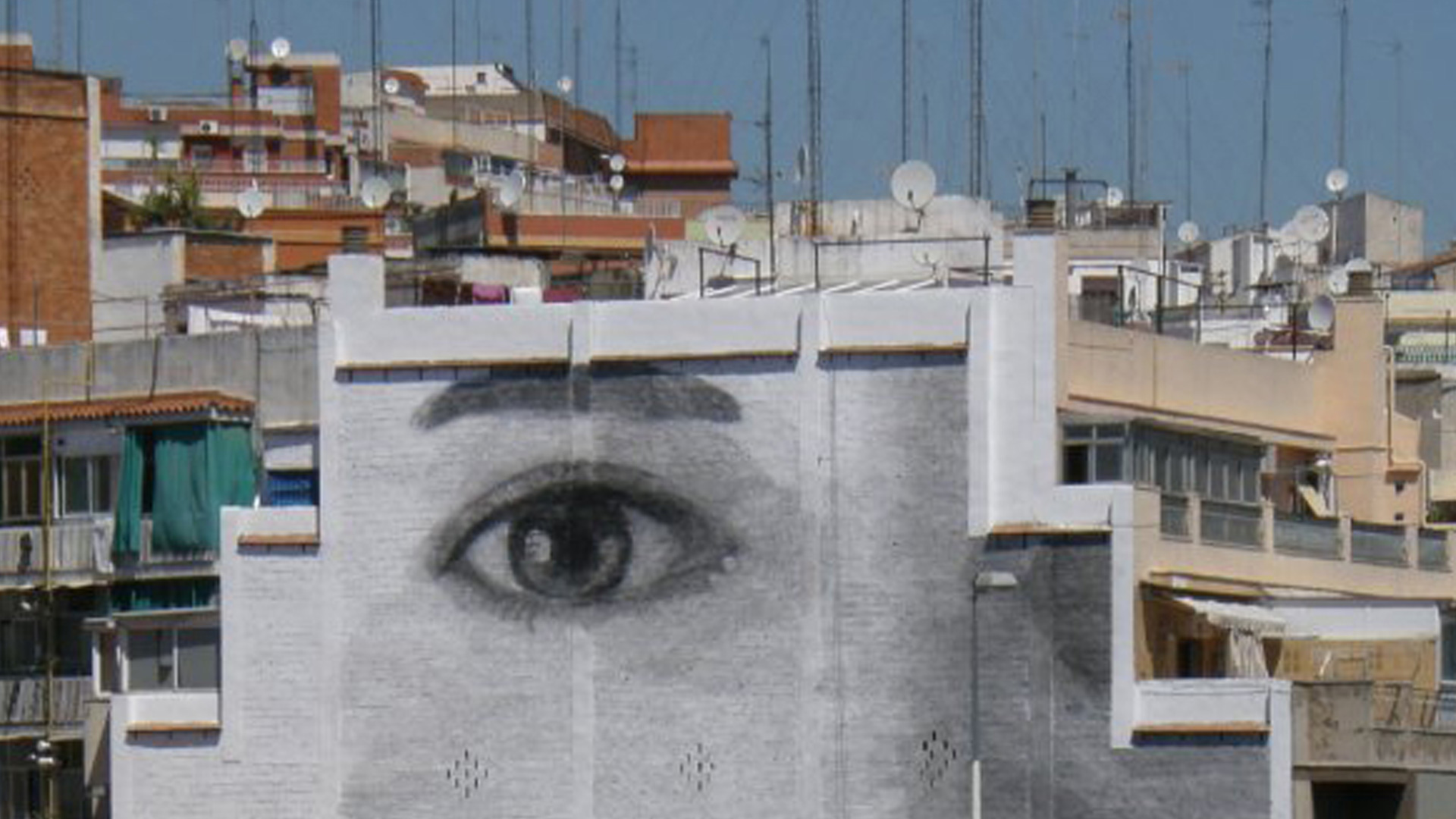 A face drawn on 400 square meters (4,305 square feet) could conceivably be awarded a Guinness Book world record as a 21st century-Sistine Chapel. But for Cuban artist Jorge Rodríguez-Gerada, the concept goes beyond mere spectacle. Rodríguez-Gerada is indeed the creator of a mural with those dimensions, which was recently finished in the Catalan city of Badalona, Spain. The piece was done as part of Identity, an urban restoration project sponsored by the municipal government. At the opening ceremony, Badalona´s first deputy mayor Ferrán Falcó declared: “This mural stems from the willingness of the city’s government to declare to and for our citizens who we Badalonans are and where we come from.”

On a building between Cuba and Águeda Mompel Streets in Badalona’s Sant Crist neighborhood, Rodríguez-Gerada applied his hyper-realistic drawing in charcoal. It took five days of work—and the invaluable assistance of an industrial cherry-picker crane—to finish the picture. But this “traditional” completion stage was the culmination of a prior high-tech process, which included making 3-D scans of 34 residents’ faces, one from each of Badalona’s municipal districts.

The digital blending of those 34 images resulted in a “typical” face reflecting the ethnic and gender complexity of the city and region. “This mural represents a change in my artistic trajectory,“ said Gerada. “I wanted it to have an impact, to be clearly visible from the highway. The face invites the people of Badalona to reflect, and to adopt it as their symbol.”

Rodríguez-Gerada, who lives in New York and Barcelona, is widely recognized as founder of the aesthetic activism known as “Cultural Jamming” or “Cultural Interference.” He has made large-scale outdoor drawings Barcelona, New York, and other cities. Unlike commercial advertisements that impose their messages on the urban landscape, Gerada´s drawings feature ordinary residents of a given city. In reproducing their faces in outsized dimensions on significant buildings, Rodríguez-Gerada turns these anonymous individuals into heroic icons of local geography.